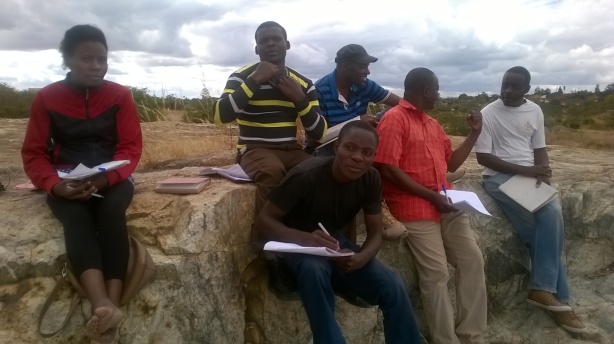 Freedom of expression in Zimbabwe is a scarce resource. Censorship has been present in Zimbabwe since the colonial period (Patel, 1997). Zimbabwe has a network of formal legislation that prevents freedom of expression ranging from the 2002 Access to Information and Protection of Privacy Act (AIPPA), the Official Secrets Act, the Public Order and Security Act (POSA), and the Criminal Law (Codification and Reform) Act. All this legislation does not only limit the free circulation of information and impinge on individual human rights but also dissuade youths from accessing information and engaging in political dialogue. The Communications Act and the Zimbabwe National ICT Policy. Access to the internet in Zimbabwe is limited due to high costs (Freedomhouse, 2013[1]) which makes it difficult for youths to engage in ‘liquid’ dialogue (flexible and unrestricted democratic engagement). The Zimbabwe National ICT Policy (2015) makes it clear that it discourages the use of the internet as a platform for political dialogue and encourages the “availability of local capacity to snuff out undesirable social content” (Article 18: 1(c)). The Computer Crime and Cyber Crime Bill of 2016 considers political use of social media as ‘abuse’ which warrants 5 years in jail (Thornycroft, 2016[2], McCorley, 2016[3]). However, as McCorley (2016) puts it, the fluidity of such activities makes it hard for government to pin down internet activities. Our own objective is not merely to initiate internet activism but to expose youths to a world of information, a world where global events and governmental systems are appreciated, to expose youths to power through access to information and through discussion prompted by such information. To give youths an outlook of various government systems across the globe and make them see blueprints with which they can work, because they are the future leaders.

Secondly, there is no academic freedom in Zimbabwe. Public debate, free inquiry and freedom of expression in publications have suffered since 2000 (Moyo, 2009[4]). The educational institutions are not autonomous from the government (Mushawatu, 2016[5]) hence the ideas that are taught and those that are expressed in publications, and most importantly in seminar style lectures where ideas are exchanged, are never free. The Zimbabwean government introduced the National Pledge and a whole lot of ideological instruments to control the thinking of youths in schools and to blinker students’ minds. These restrictions have for so long discouraged student participation in political dialogue.

The lack of participation of youths in national politics is also disturbing. The political environment is saturated by old people who assumed political office before independence in 1980. The few youths who have been incorporated are either closely related to politicians (ruling or opposition) or the very few brave students who risk being killed or jailed (Mushawatu, 2011[6]). We believe that the setting up of politically autonomous platforms for discussion among students can contribute immensely to the democratic transition of our country in future. Most Zimbabweans are aware that a new phase of political and social reality are coming into existence in the near future, and Virtual Planet as an organisation wants to ensure that the future is built on a clean foundation based on deliberative democracy and a constitution that cannot be manipulated by political office bearers.

As a result of the above mentioned problems, youths have been alienated from each other, from information and from any platforms where they can air out their political views (Dombo, Alex Mukamba and Tembinkosi Rushwaya who protested at the 2016 University of Zimbabwe graduation ceremony were denied certificates and detained[7]). To our knowledge, our initiative is be the first in the country to involve open academic dialogue (deliberative democracy) among students independent of political parties, whom we believe are more interested in politics and the gains involved than the future of the country. Access to the internet and information has been very limited to the youths in Zimbabwe but we aim to fuse the access of this information with both online and offline discussion.

We are a Civil Society Organisation that focuses on the inclusion of young people in Africa, and particularly in Zimbabwe, in politics and decision making. We believe that a bright future is possible for our continent. The shaping of that future is dependent on the quality of information we share. As youth, we should be keen on debating ideas and engaging in a positive critique of our social world. View all posts by virtualplanetafrica

We Are Here To Stay